Thriller is a "Once In A Lifetime" dog. He came from Elsa Campisciano, Black Shadow Kennels, in Argentina. We have had a whirlwind of a show career!

His first time out with handler, Dawn Honaker, he won WD for a three point major in Ohio.
The next weekend out, he won BOB over specials, Group Three and a Best In Show Puppy!
The very next day he took BOB over specials again!

Once Thriller came home, he was owner/handled to the completion of his AKC Championship! He was shown by Betsy four weekends; out of those eight shows he took BOB four times! One of these was BOB over specials for a three point major! Thriller completed his championship going WD, BW for his last point at the age of 14 months!

Thriller spent a short time in the AKC specials ring with our dear friend, Raul. He and Raul garnered several BOB and Group Placements.

Thriller completed his International Championship (IABCA) on May 20th, 2007. He won four BOB, including two Group Ones!

Thriller obtained his Canadian Championship in July 2009 with Raul at the helm!

Thriller's very first litter produced TWO AKC CHAMPIONS, and other pointed get. Get from this litter have BOB wins over specials and a GROUP ONE! They are CH Sevenly An Heir About Her "Heirial" and CH Sevenly The Proof Is In The Heir "Eragon". Sevenly Heirs The Deal "Hank" and Sevenly Get Heir Done are AKC pointed.

Thriller's third litter was a repeat of the first. This litter produced Int'l/UKC GrCh Sevenly Can Only Heirmagine "Layla" (who won a BIMBS at her first UKC show, finished her UKC Grand CH in 4 weekends of shows and is AKC Ptd) and Can/UKC/Int'l CH Sevenly Heiragance and Attitude "Lannie".

See the Past Puppies page for photos of Thriller kids.

Thriller is available at Stud to approved health tested bitches 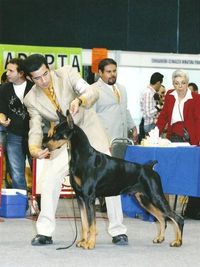 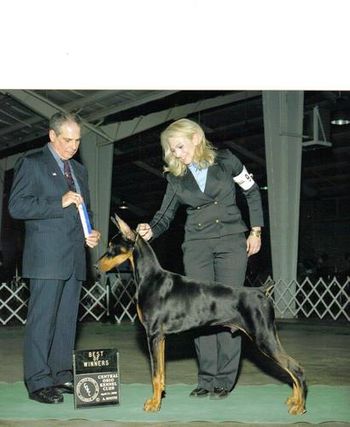 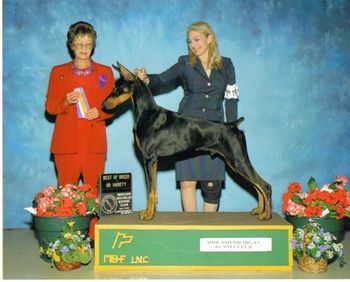 2nd weekend out, BOB over special! 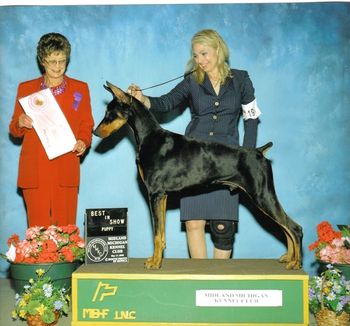 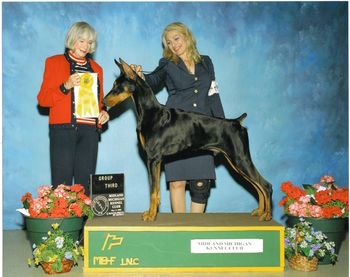 2nd weekend out, Group 3 from the puppy classes! 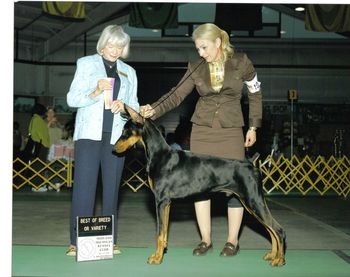 2nd weekend out, BOB over special 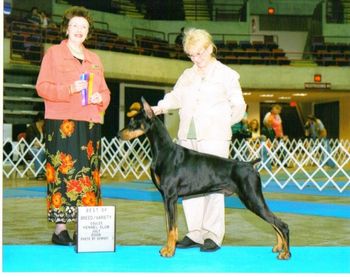 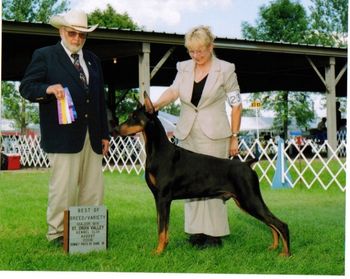 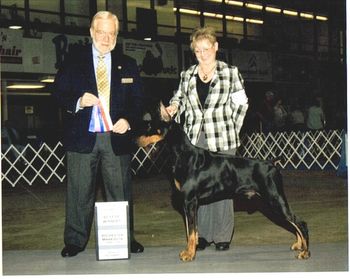 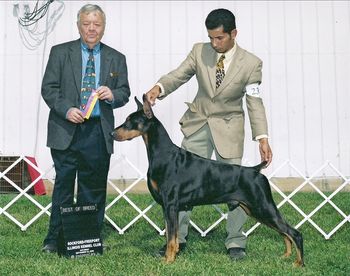 BOB at the Rockford-Freeport IL KC 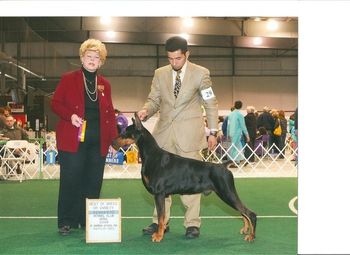 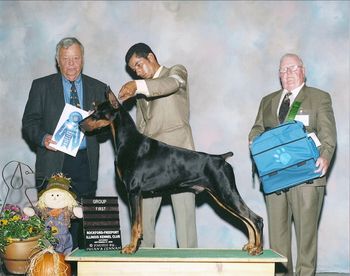 GROUP ONE at the Rockford -Freeport IL Kennel Club 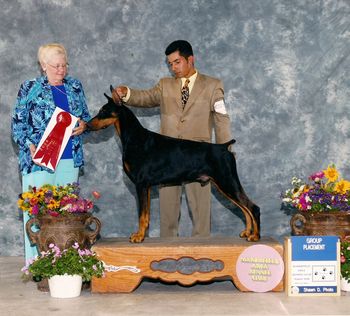 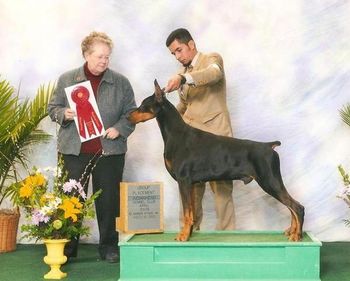 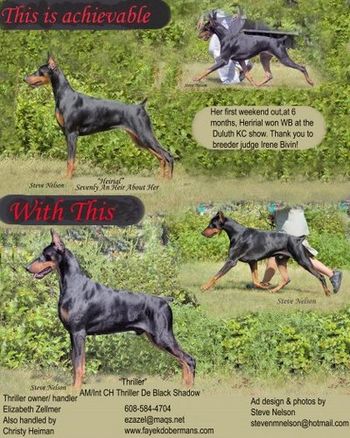 Ad in the Doberman Digest with Thriller and his daughter Heirial 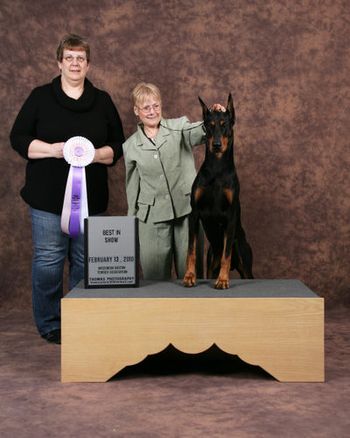 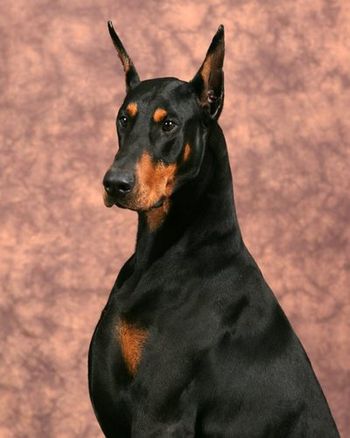 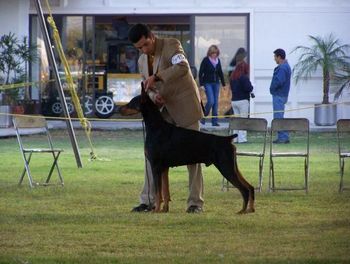 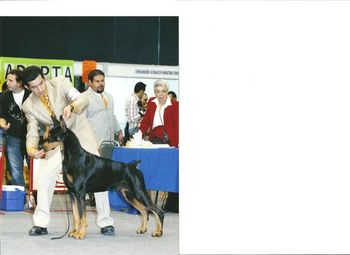 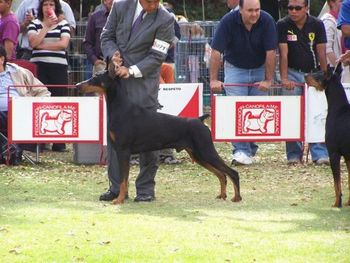